Experience culture and nature pure in exceptional cottages in the Eifel. Welcome to the chalet, cottage and room. With attention to detail, I prepare a cozy holiday home for families, groups and meetings with friends. The houses have different mottos and are furnished with everything you need. My job is to make you happy and to make it a dream vacation.

From Desk of Owner: 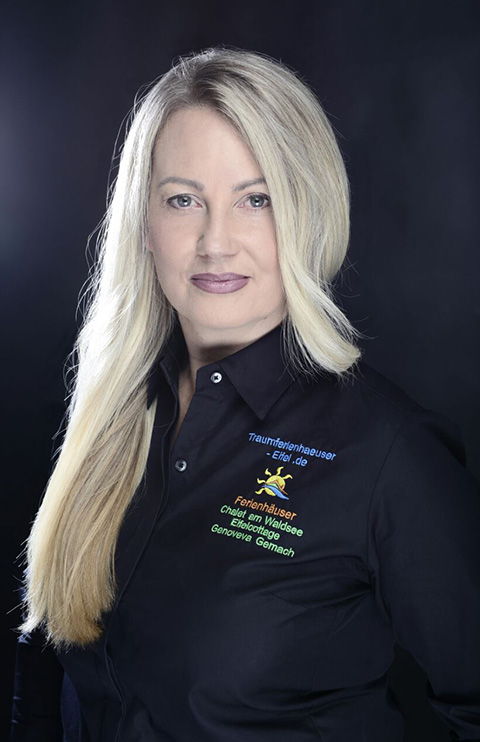 I have learned the trade Restaurantfachfrau and was for many years in the hotel industry in all areas, including the hotel's own act. In 2008, I began the construction of the holiday home Chalet am Waldsee, with two apartments and house entrances. The apartment on the ground floor "Ausblick Waldsee *****" and the apartment "African Sea **** upstairs were opened in 2010.

In 2011, I started with the project Genoveva chamber, which was getting bigger after conservation and providing fire protection. over three years has been restored in the historic house and replanted. the city wall was exposed and processed a year. over the years, I have selected furniture, lighting and decoration. the result is stunning.

In 2014, the large duplex apartment Genoveva was opened. Currently incurred (if there are no guests) two apartments on the ground floor, a senior-friendly and accessible with own entrances. In the summer / autumn 2015, the apartments can be booked. The end of 2014 I began with the restoration of the small farm Eifel Cottage am Waldseepfad where I once grew up and spent my childhood. In May 2015, I expect the first guests at the cottage.

I live for my guests and I am pleased to be able to offer you unforgettable moments in the unusual houses with style.

Ms. Dahm personally has been keen on our well-being, has inquired again whether we are satisfied, this woman lives for their guests. We like to come back because it liked very much all. We like to thank at this point once again for the unique hospitality and wish you all the best.
Ralf, Petra, Stefan